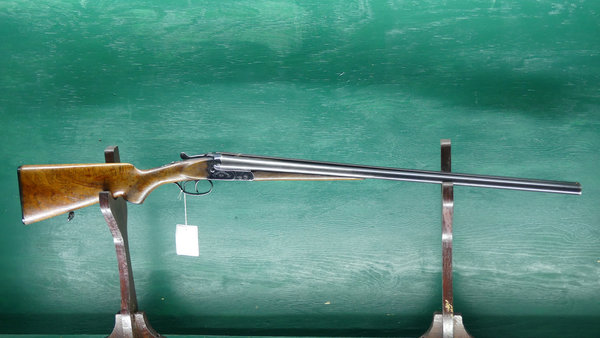 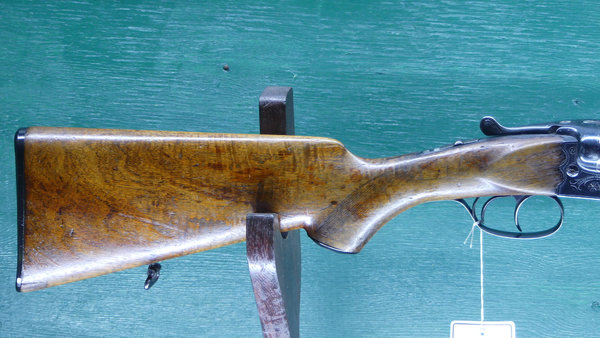 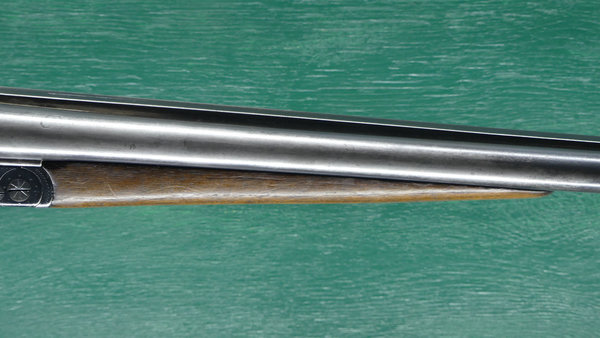 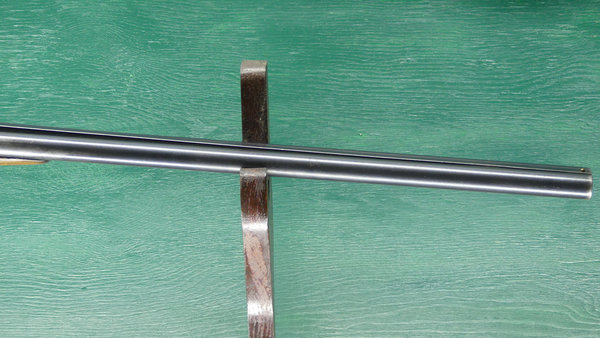 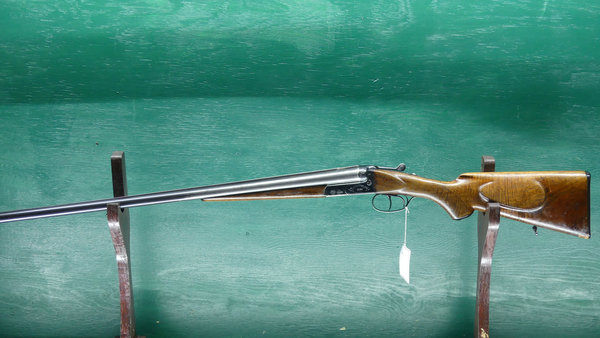 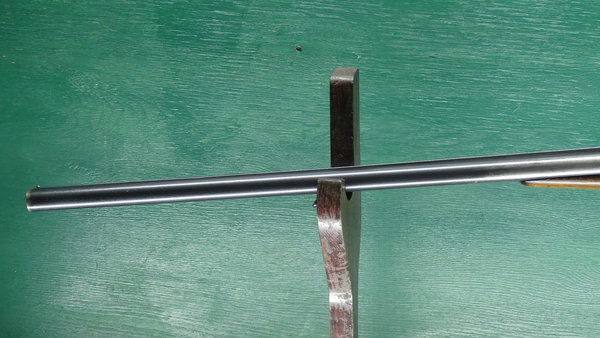 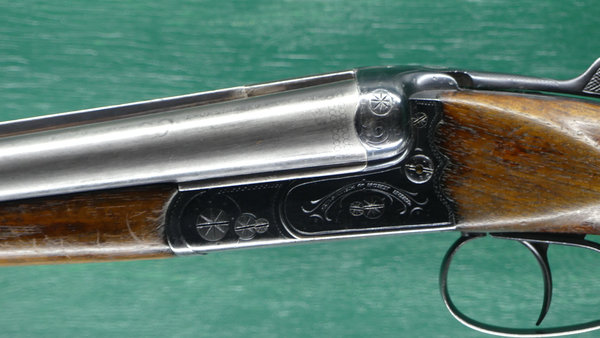 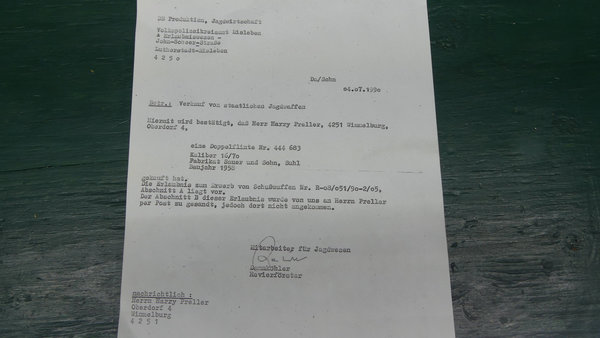 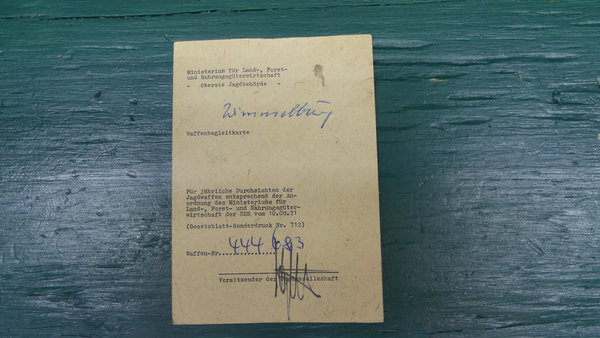 Exempted from VAT plus delivery
In stock
Delivery time: 60-90 day(s)

Condition Rating - [how we rate]

"The gun was overworked at least once in its past - probably multiple times, markings are fading on the outside, checkering is gone and only outlines are left standing. Technical fine, was maintaned well by its previous owners. Rough translation of the german documents that are included with the gun below."

Section B of this allowance was send to us by mail, but never reached us.

Forester of the district"

"Office for country, forest and foodeconomy

For the yearly checkup of hunting guns considering the requirements of the Office for country, forest and foodeconomy of the GDR from august the 10th 1971.